How many folds does the umbrella have?

How many folds does the umbrella have?

In life, each of us will deal with umbrellas. When it rains, we need umbrellas to protect ourselves from the rain, and when the sun is out, we need to use umbrellas to cover the sun and prevent ourselves from being tanned by the sun. Two-fold umbrella and three-fold umbrella are two common umbrellas. The structure, definition, functional characteristics, and styles of the two are very different. As for which one is better, it should be judged according to the actual needs of consumers.

Umbrellas have very different folding numbers according to their functional design.

1. Straight umbrella ：There are many kinds of straight umbrella materials, including iron, fiber, solid wood and aluminum alloy. First of all, the straight umbrella or the one-fold umbrella. Umbrellas are mostly used for rain or shine. The advantage is that umbrella ribs are generally made of steel frame, which is strong and durable, and the elderly can also be used as crutches. The disadvantage is that it is longer, generally not very convenient to carry, and takes up space. The umbrella made of fiber and aluminum alloy is relatively high-end compared with iron, but the price is slightly higher.

The characteristics of the straight umbrella are as follows:

First, high liquidity:Straight umbrella has the advantage of rainproofing wherever you go;

Third, wide practical use:The straight umbrella has the function of sheltering from the wind on cloudy days, sheltering from rain on rainy days, and sunshading on sunny days. It is an indispensable daily necessities for men, women and children 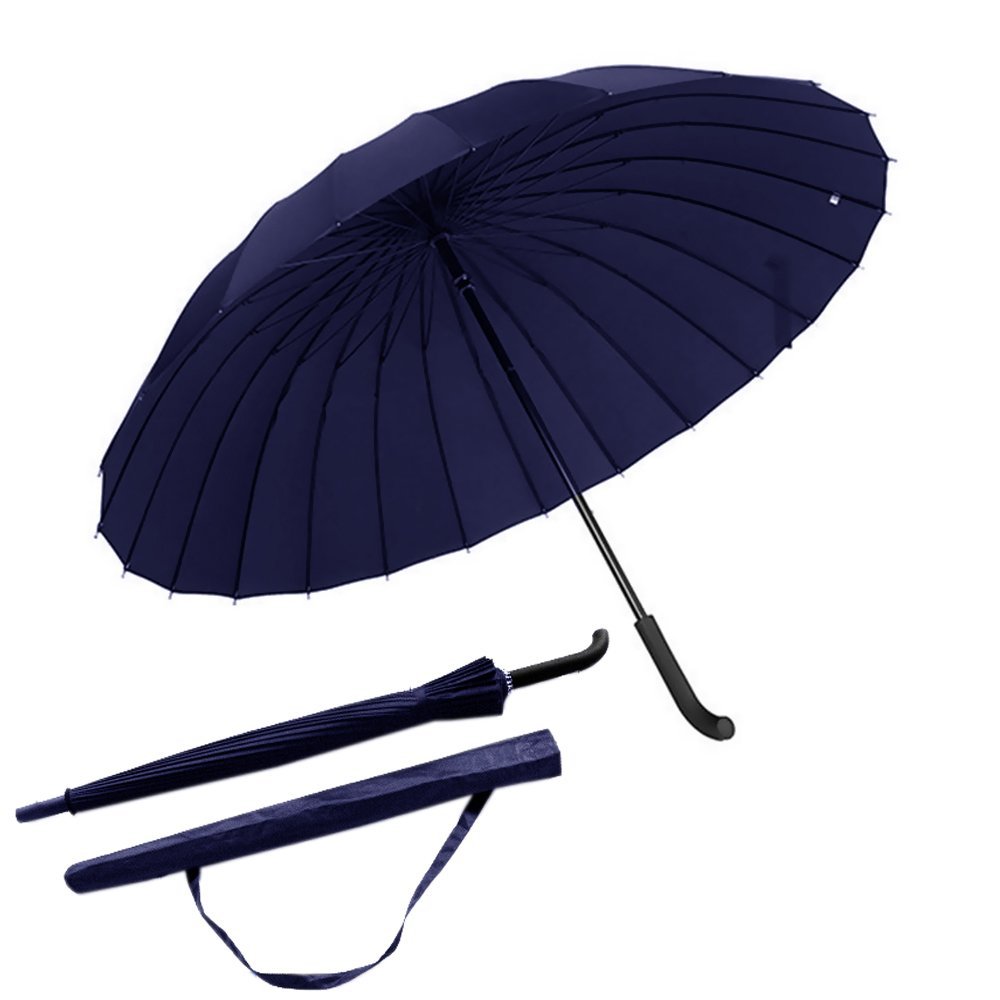 2. Two-fold umbrella：This fold is generally for high-end parasols and foreign umbrellas. Those who are familiar with parasols may know that two-fold umbrellas are generally more expensive. This is because they generally have a stable frame design, and the fabrics are mostly embroidery, imported colored tape, etc., coupled with exquisite design and good workmanship, so the price is positioned in the high-end.

The main advantages: the quality is not to say, the design is very beautiful, it is convenient to carry, and the effect of wind and sun protection is very good. Disadvantages: slightly heavier than half-fold and three-fold umbrellas 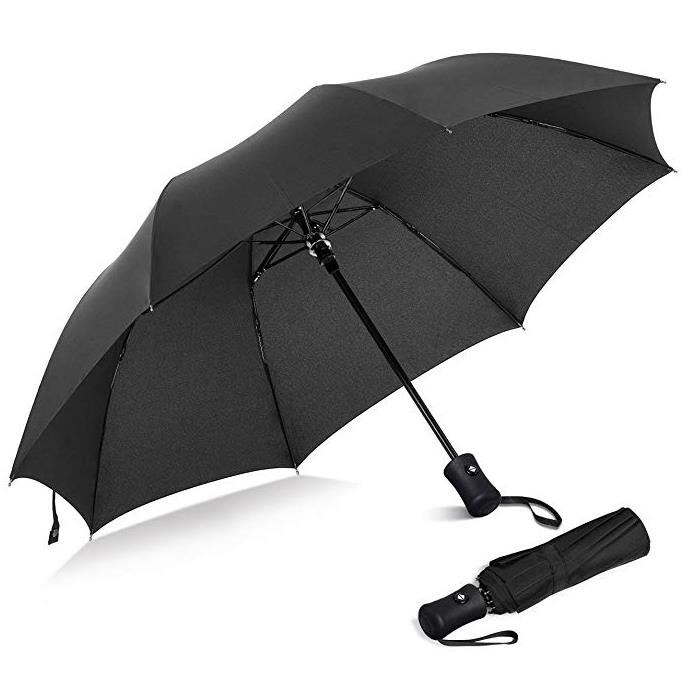 The three-fold umbrella is a more modest design, unassuming and low-key. In terms of texture and use, they are relatively moderate designs.

The main advantages are: high quality, long service life, better sun protection and wind resistance, moderate weight and moderate length. The overall design is moderate, and it is a relatively popular and practical design concept. 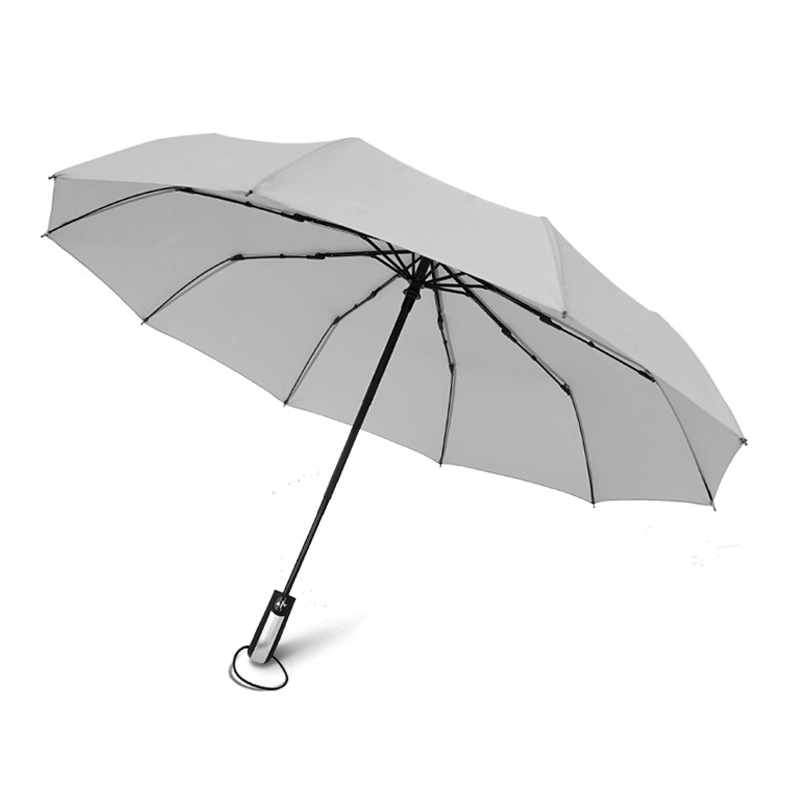 4.Five-fold umbrella：This type of umbrella is known for being short, compact and easy to carry. Mainly aimed at the long and heavy problems of general umbrellas, it is designed by resin bone and high-grade aluminum alloy frame. Many parasols are designed to be 50% off. The main drawback is the umbrella ribs, which cannot bear the wind and rain. It is wise to use a five-fold umbrella for sun protection, and you must pay attention to the ribs for wind and rain protection.

The five-fold umbrella is an extremely portable shelter for home travel. A foldable and telescopic bracket is used to effectively reduce the length of the folded umbrella. When stowed it is the same size as a glasses case. 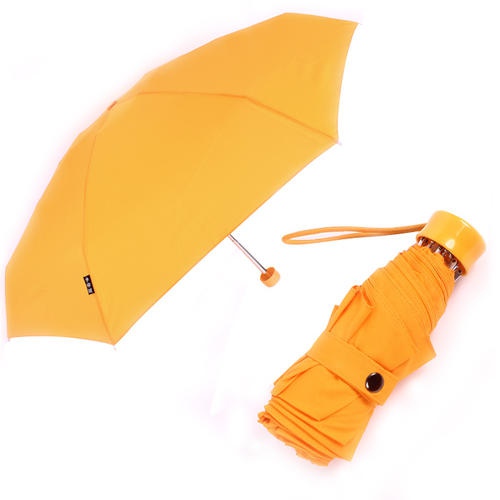