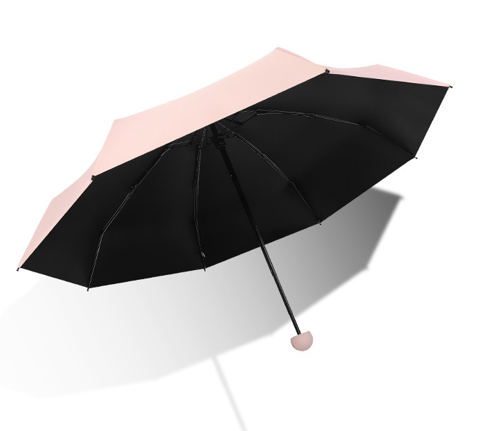 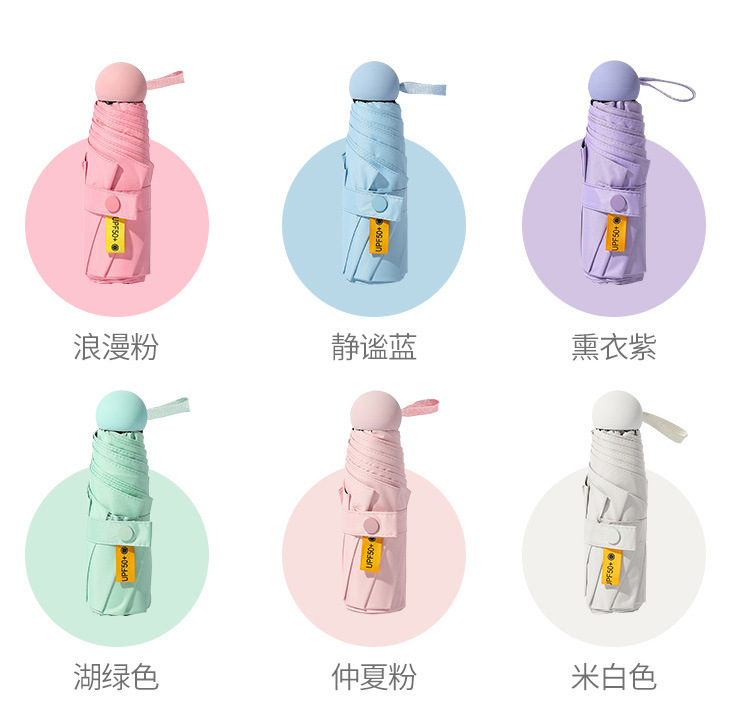 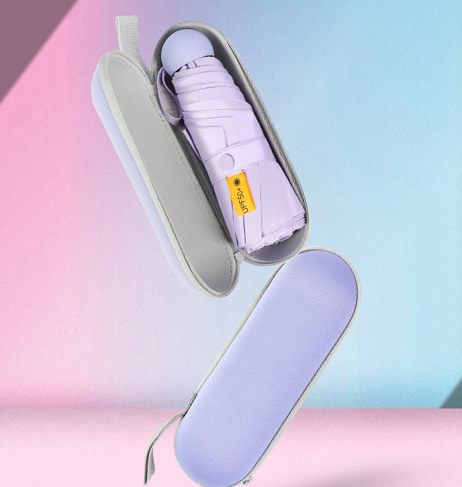 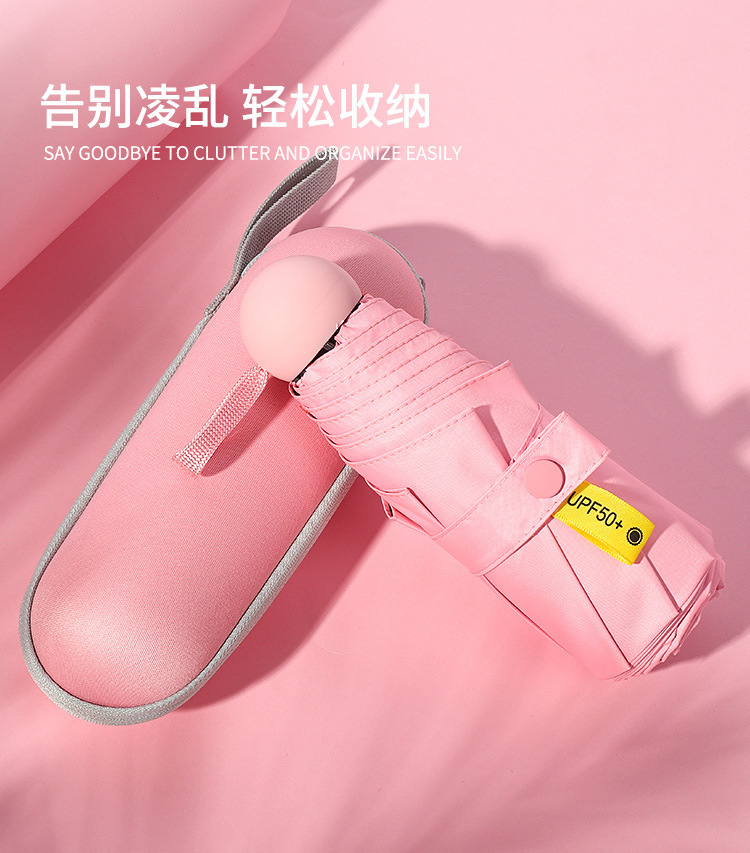 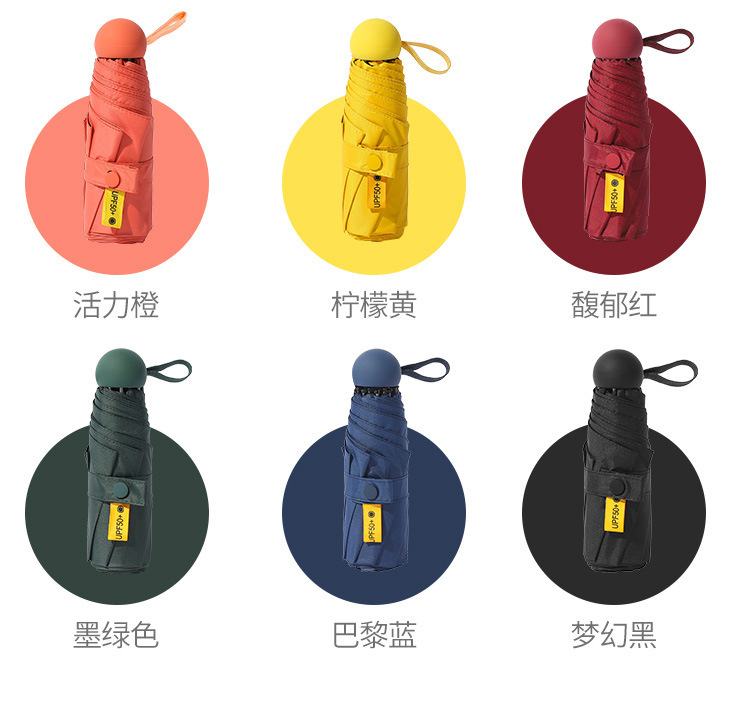 Add success, do you want to check your shopping cart?

This capsule umbrella is smaller than a palm and lighter than a mobile phone. An ordinary umbrella weighs about 320g. The capsule umbrella weighs about 165g, is 17cm in length, and has a diameter of 5cm. It is only the size of a palm, and it is smaller and lighter than iphone7. It can be held with one hand, and even a pocket is more than enough. Although it looks petite, the inner diameter of the umbrella is 90cm after it is opened. It is also enough for colleagues and friends to rub the umbrella.

Capsule umbrellas are different from general sunshades. They use high-tech nano-color glue + invisible uv coating to isolate 99% of ultraviolet rays. Compared with other umbrellas on the market, it does not transmit light at all.

It dries in a single shake and won't stick to dripping water. Many sun umbrellas, as long as they are exposed to water, the sun protection performance will deteriorate, but Miyama is different, it is a high-tech umbrella that can be used for both rain and sun. The outer layer of the umbrella cloth of this capsule umbrella is made of shark-skin fabric, which is the same texture as the swimsuit of Japanese swimmers.

It also adds a black technology coating: the second generation of nano-color glue, even if it encounters a heavy rain, rain will not penetrate into the interior of the umbrella and damage the UV coating.

We are capable of delivering a wast quantity of customized umbrellas to clients on time and offering a complete rang of high quanlity umbrellas in various sizes,

And when it meets with water, it gathers water like a lotus leaf and turns into beads, and it's almost dry with a light shake, so don't worry about getting wet everywhere.

The area is +22%, and the arm is not tanned. Compared with the traditional five-fold umbrella, the octagonal umbrella surface increases the sun-shading area by 26%

The sealed capsule shell can be used to hold a wet umbrella on rainy days, it is not easy to wet the bag, and there is no need to lose the umbrella because there is no place to put it.